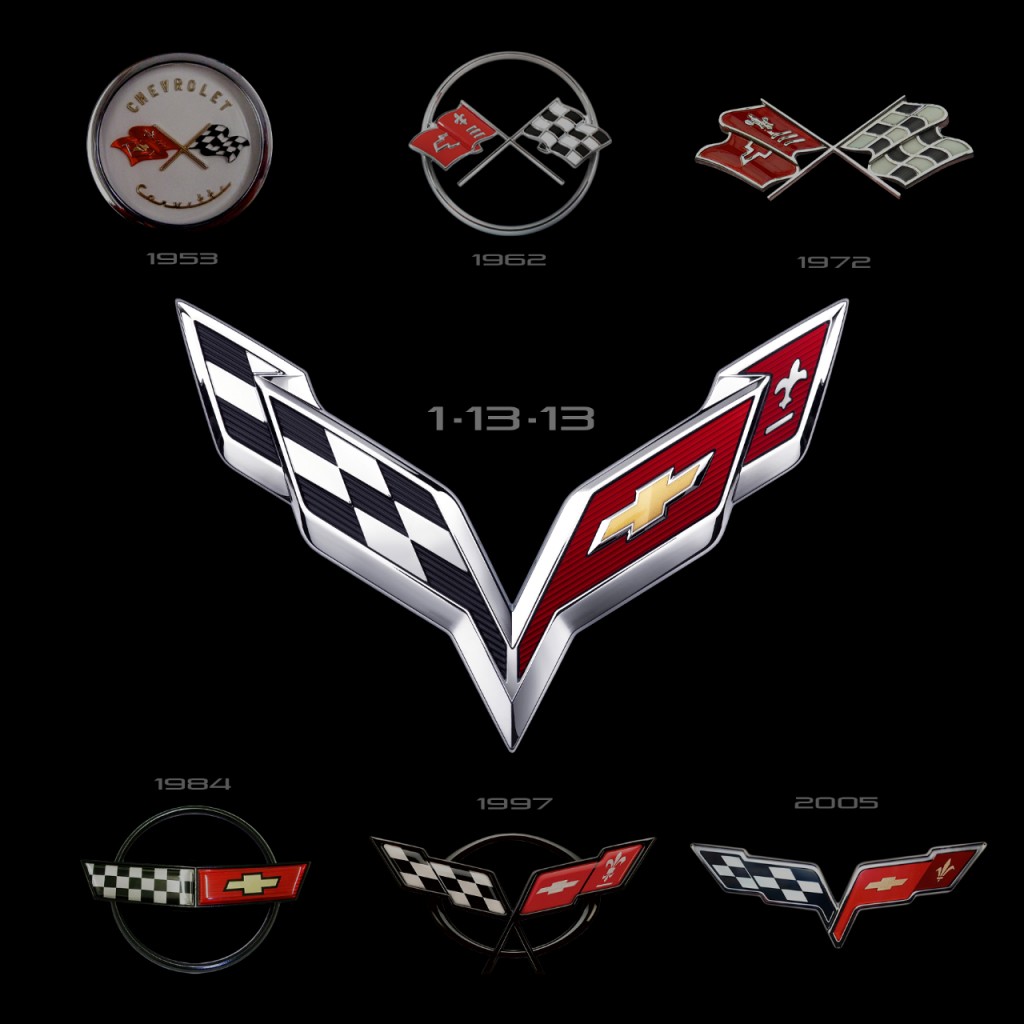 “The new Crossed Flags design reflects the character of the next Corvette. The flags are much more modern, more technical, and more detailed than before – underscoring the comprehensive redesign of the entire car.”

“Winning the ALMS championships with the Corvette C6.R, against prestigious competitors from Ferrari, Porsche, and BMW is the perfect send-off for the sixth-generation Corvette,” said Tadge Juechter, Corvette chief engineer.

“The seventh-generation C7 Corvette Debut will build on that success,” Juechter continued. “With the new Corvette, we set out to build a world-challenging sports car with design, refinement, efficiency and driver engagement that is second to none. The result is a truly all-new Corvette. There are only two carryover parts from the C6 used in the C7 – the cabin air filter and the rear latch for the removable roof panel.”

The C7 Corvette Debut and Crossed Flags logo has been a hallmark of the Corvette since its 1953 introduction. It has always incorporated a pair of flags, one a racing checkered flag and other featuring the Chevrolet “bowtie” emblem and a French fleur-de-lis. The design has evolved over the years, and has been featured on more than 1.5 million Corvettes built between 1953 and today.

For the seventh-generation Corvette, the Crossed Flags design is a more technical, more angular and more swept appearance – in proportion that symbolizes the new car. It is also a more detailed representation, showing greater depth, color and attention to detail.