The 283 could be had with dual-quad carbs rated at either 245 or 270 horsepower or, best of all, with Rochester mechanical fuel injection. The Fuel injection "Fuelie" on top of that 283 increased its output to either 250 or 283 horsepower.

283 small-block base single four-barrel version now making 230 horsepower, dual-quad versions were rated at 245 and 270 horsepower and the fuelie engines now made either 250 or 290 horsepower.<br>


1962
V8 increased 327 cubic inches. The base four-barrel engine now put out 250 horsepower with higher output versions available in 300-340 horsepower versions. The dual-quad option was dropped, but the fuel injection system was back and it was now rated at 360 horsepower.


1967
Base 300-horsepower 327 small-block V8 topped by a four-barrel carburetor. "L88" 427, which used aluminum cylinder heads and 12.5-to-1 compression ratio to make somewhere north of 500 horsepower while wearing a huge 850-cfm four-barrel carburetor (though Chevy would, disingenuously, only admit to 430 horses). The L88 option upon ordering it automatically eliminated the heater, radio and fan shroud. The intent was obviously racing and only 20 L88s were ever built. Today they are the most desirable of the first Sting Rays.


1969 Corvette Horsepower
Replacement of the 327-cubic-inch small-block V8s with new 350-cubic-inch versions. As with the 327s, the 350s were rated at 300 horsepower in base form and 350 horsepower in the optional "L46." The 427s also returned carrying the same power ratings as '68's. ZL-1 was a limited production option and only two of the 585-horsepower ZL-1s were produced.


1976
The base "L48" 350 was now rated at 180 horsepower as engineers were beginning to figure out the intricacies of emissions regulations. The L82 350 jumped to 210 horsepower. Both engines breathed in through four-barrel carburetors.


1979
A dual snorkel air cleaner now fed the Base L48 350 and that boosted output to 195 horsepower. The L82 was treated to a new cam, larger valves, a higher-compression ratio and a more efficient exhaust system which all combined to push the engine to 225 horsepower.

1985 Corvette Horsepower
Tuned Port Injected (TPI) version of the 350-cubic-inch (now more commonly referred to as a 5.7-liter) small-block for 1985. This vastly more efficient induction system bumped output of the V8 to 230 horsepower.

1987
Hydraulic roller lifters to the L98's valve train boosted its output to 240 horsepower.

1988
New aluminum cylinder heads and a revised camshaft boosted the L98 to 245 horsepower.

1992 Corvette Horsepower
LT5 V8 made 375 horsepower. A new LT1 was rated at 300 horsepower thanks to significant revisions to the cylinder heads, accessory drives, cooling system and fuel injection. 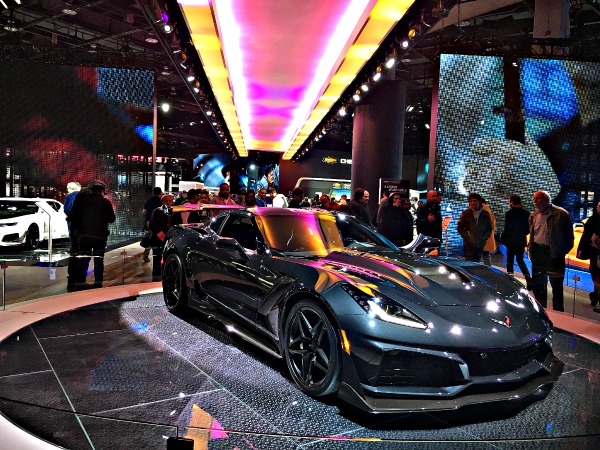 Click here to return to the home page from Corvette Horsepower

Have your say about what you just read! Leave me a comment in the box below.