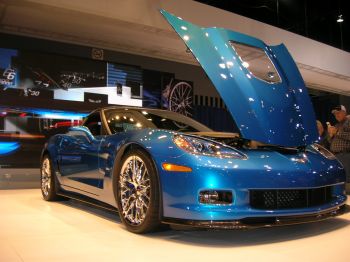 The Corvette ZR1 is GM's greatest accomplishment! The numbers the Corvette ZR1 puts down make it hard to deny that. The ZR-1 and its cousin the Z06 look like other C6 Corvettes but they are more like genetic hybrids of the base model. This car may very well be the highest point Corvette will ever reach. With all the upcoming mileage and emissions regulations it looks like history is about to repeat itself! 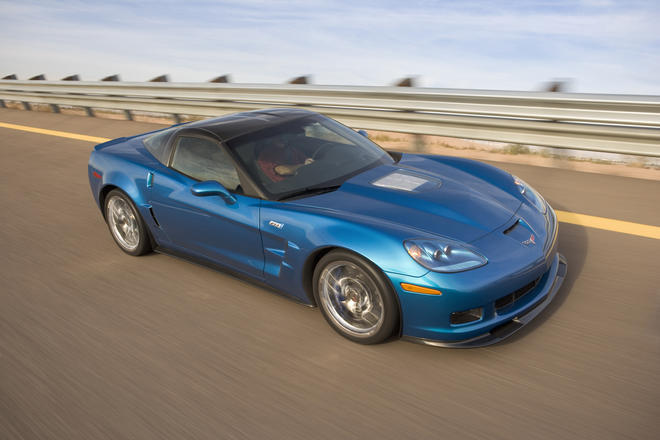 Where the basic run of the mill 430 HP car has fiberglass and plastic the ZR’s have exotic Carbon Fiber for body panels. Which is known for its great strength and light weight along with a real cost $. Most Carbon Fiber comes from overseas. The cost comes from its uses and its great benefits. Boeing is using it to construct the major components out of its new Dreamliner 787. The ZR-1 is really more airplane then car. The frame is aluminum, skin is carbon fiber, it has a supercharger like many WWII planes and has carbon brakes like almost all real airplanes and real race cars do. Ding, ding, ding, time out wait a minute! What do race cars and airplanes and a car like this do? I’ll give you a hint. I heard it from an esteemed knowledgeable professor of mine in Aviation School. You want to make a small fortune in Aviation son? Well yes of course anybody would, I say! Start with a large one he says! And here is my problem with this car I love it to pieces and would give a left something (you fill in the body part) for it but REALY $104000. I thought that the Corvette was the sports car for the common man. You know, you, me and Joe the Plummer down the street. If you got the money get on the list if you don’t there is hope! Check out the Mod section on this site. 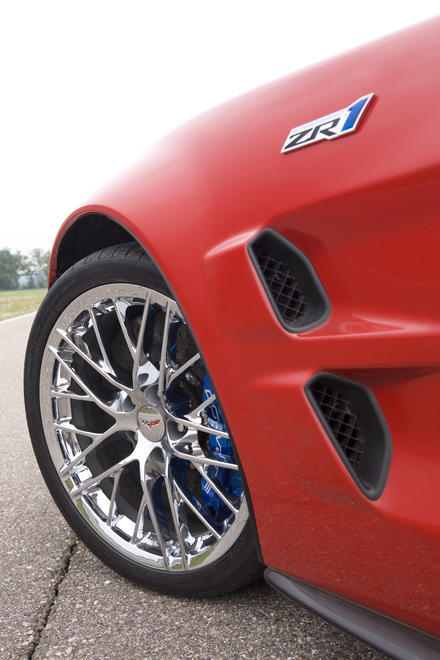 The Corvette ZR1 also has a top speed of 205 mph (330 km/h), making it the fastest Corvette ever produced and ranking it among the global super cars of commensurate performance. None of those other super cars, however, equals the ZR1’s performance-per-dollar ratio.

“The ZR1 is an incredible machine by any measure,” said Ed Peper, North American Vice President, Chevrolet. “There’s simply no other vehicle in the world that does a better job of balancing performance, price and fuel economy.”

“A favorable power-to-weight ratio gives the ZR1 an advantage over the competition and performance that has to be experienced to fully appreciate,” said Tom Wallace, Corvette chief engineer. “Of course, on a racetrack, drivers of competitors’ cars may appreciate the ZR1 in a whole different manner.”

In addition to the LS9 engine, the ZR1 is a technology powerhouse, designed with lightweight and unique components that reinforce its performance with a confidant feel on either a highway or road course.

Building the ZR-1 in Bowling Green