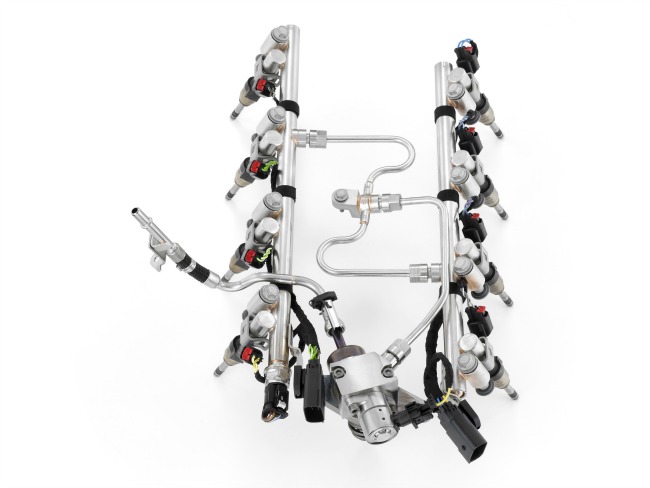 Located on the picture above you will see the engine driven fuel pump which is between the two black plugs. The pump is driven off the camshaft which has a new tri lobe design that powers the pump with mechanical motion of the three lobes pumping the piston of the fuel pump up and down 3 times per camshaft revolution. Total lift of each lobe of the cam is 5.7mm along with 1.48 cc per revolution displacement.